We and our backgrounds

I got my very first own Irish Water Spaniel in 1991 when I was still a young girl living with my parents.

The idea of getting an Irish Water Spaniel was born when I was looking my parent’s old black and white photos. Suddenly there it was, this funny looking brown curly dog, which kind I had never seen before. This young bitch in this photo was my aunt’s Irish Water Spaniel from the very first Irish Water Spaniel litter born in Finland in 1975. The sire of this Muorinmoisin O –litter was FIN CH, W70-72 Culann Bran and dam Clonhugh Juno. During that same year 1989, we traveled to Helsinki to see these curly ones in a show for the first time. Starting from that moment Irish Water Spaniels stole my attention and my heart.

Mrs Ulla Särmäkari was my first connection to the IWS world in 1989. My very first own IWS Bevelrock’s Synan came from her kennel. Denny was a true IWS in so many ways, a real diamond. We entered some shows and had some success. He became FIN CH, Finnish winner 1993 and 1995, and was also couple of times BOB in the main spaniel specialty show in Finland. He also took some group placements. He lived a happy and long life.

In 2002 after my studies and years abroad (UK, Japan, Ukraine), I contacted Seidi Linnavuori, kennel Catanka, to ask if she would have IWS puppies coming or if she would know where to find one. Seidi had her first bitch from the same litter I had my first boy Denny. Seidi had many years admired one already veteran age dog, AM CH Castlehill's Air Jordan O'Landacre UD WC, from the photos and was able to meet him in National Specialty weekend the very same year in USA. At that time she was also told that AM & MEX & INT CH Hooligan's Holy Grail CD, owned by Florence Bletcher from kennel Hooligan’s, was planned bred this bitch by this lovely veteran age dog. With Seidi’s help we were able to get Hooligan’s Globetrotter in Finland at the beginning of 2000. Totti was co-owned with me and Seidi. He was such a lovely and extremely smart dog. Totti was the first ever IWS who won Regionals in blood tracking several times, and one with full points of 50 / 50. He was also the very first qualified to attend to Finnish Championship test in blood tracking, actually twice.

When Totti was around 2 years old it was time to have another IWS and that was when Catanka Knock on Wood arrived from Kennel Catanka. Patu’s litter mate Catanka Woodstock arrived Kokkola at the same time to entertain my parents. The boys sire is extremely beautiful and one of the most successful IWS GB SH CH, FIN & DK & N & S MVA, PMV-04,& NV-04, V-04, SV-04 Fynder Freethinker and dam lovely and sweet FIN & S CH Catanka Havis Amanda. When boys arrived my parents already had an older bitch Zanfi the Road Song imported from UK. These young brothers used to be a nice couple together. Patu followed his dams and sires footsteps in show rings and his gets are walking the same paths. He has been the Top IWS in Finland in several years and still at the veteran age won Best in Show veteran at international show. His daughter is specialty winner bitch and son main Spaniel Specialty BEST IN SHOW and International Show Champion.

Titta, Hooligans' Starlit Finnish Woods, the queen of our pack arrived from kennel Hooligan's. She is the most beautiful loving little girl you could imagine. She has been showing to be extremely great show dog being the Top IWS in Finland 2013 at the age of barely just one year. She is also Champion in several countries and International Champion. She achieved her Tracking Champion Title easily just required five tests and have never missed the track! Two of Tittas daughters, Fanny (Woodrock's Amazing Grace) and Vickie (Woodrock's Paris Hilton) are now part of our family. They are lovely young ladies who have done extremely well at shows and field.

Vickie has had two litter from which we have kept one each very promising bitch puppies. Molly (Woodrock's Mona Lisa) just took her first BEST IN SHOW win being 1,5 years old. She is now second generation of BEST IN SHOW winners. She has done well at field too. We are excited to see what future will bring to her. 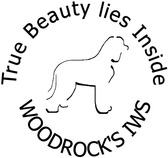 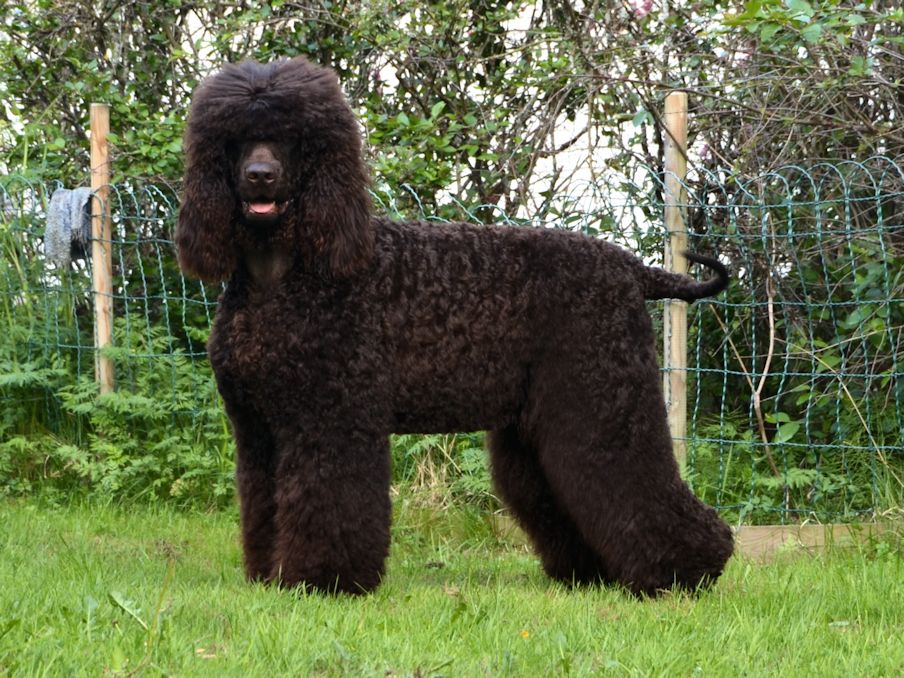